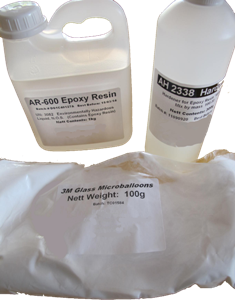 Epoxies are referred to as polymer materials which start out in a liquid form and then chemically converted to a solid polymer. The epoxy is chemically resistant to deterioration in its final solid form and extremely adhesive during the conversion process from liquid to solid. Additionally, with epoxies having extreme ‘mechanical’ strength, they are an ideal floor coating and protectant. All these combined properties and the availability of a wide range of the base epoxy chemicals from which a hardened epoxy system can be formulated, result in making them a very versatile product.

Physically, epoxy systems comprise of two essential components being a resin and a hardener. In some instances there may be a third component which acts as an accelerator, but this is seldom used and is therefore not so commonly found as one of the components. Individually, the resin component is referred to as the ‘epoxy’ part and the hardener is the component that will chemically react to the resin and is generally a type of ‘amine’.

Usually the resin component is light in fact, quite often almost a clear colour together with being practically odourless. It is actually the hardeners which are usually dark and have a recognizable ammonia type odour. Once the two components are mixed together in a quantified way, they will ultimately react chemically and irreversibly link together and when the reaction process has been completed, the result will be a rigid strong plastic polymer material which has adherred to the surface it

This type of polymer is now referred to as a ‘thermoset’ plastic due to that fact that when finally cured, it is irreversibly rigid together with being relatively unaffected by extreme heat.

Epoxy polymers have a myriad of uses but primarily as a variety of industrial adhesives, floor coatings, and use as mediums in which to embed strengthening fibres to form an advanced reinforced heat resistant plastic.

The wide variety of uses for epoxies have covered many industries including aerospace, marine, civil engineering, a variety of transport and general industry. With the versatility of the epoxy’s chemistry composition, chemists are able to fine tune a mixture of formulations for a wide variety of specific projects and tasks.

Some epoxies which are designed for coatings, are sometimes applied as solvents, but for those epoxies used in structural applications, they do not generally contain solvents which in turn means they will require more care in their application and use.

"While renovating our home we have had some shocking tradesmen but Tony and Steve gave us a clear description of what they will do for us, when they will do it and how much it will cost. They honoured all three to the letter and we couldn't have been happier with the end result. These guys are amazing." 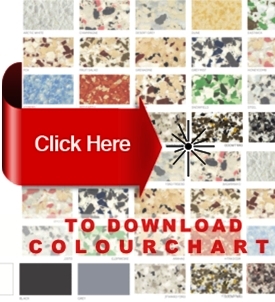 © Powered by The Web Team Sitemap